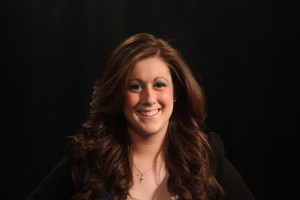 Holly Prendergast is a senior communication major at Cabrini College who will be graduating in May 2012.  Throughout her four years at Cabrini she has been heavily involved within the major. Holly has served as sports editor for the Loquitur, Cabrini’s student-run newspaper; webmaster for the student-run radio station, 89.1 WYBF-FM and as one of the news, sports and entertainment anchors for LOQation, the student-run news web program.  Holly has also been a member of the Dean’s List throughout her academic career and is also a member of the Society for Collegiate Journalists (SCJ).  In addition to her academic achievements, Holly has also excelled in the professional world through interning as a a web content producer for Philly.com, new media intern with the Philadelphia 76ers and as an editorial intern with Rolling Stone in New York City.  She has also worked in the insurance industry as a policy and underwriting services team member at United States Liability Insurance Group.